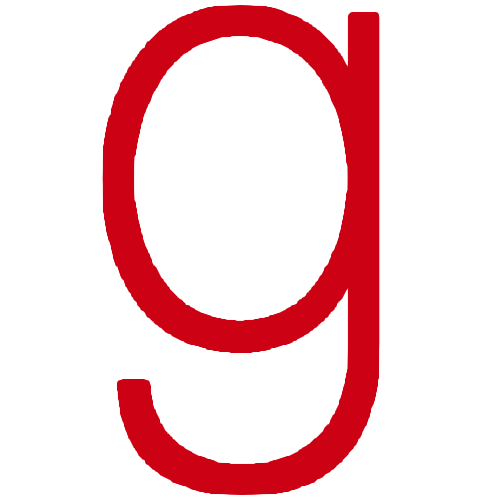 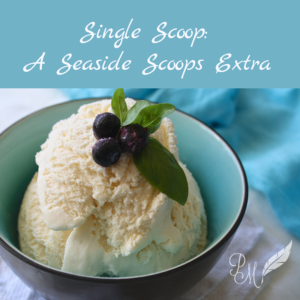 Gabe jumped when the dogs’ sharp bark jolted him back into the present moment. He was reliving the conversation with Mike and Kim not three hours earlier. Gabe could still feel Kim’s warm hug and Mike’s firm handshake. When the dogs heard Alex’s car door close, the sound made PB and Jay disintegrate into a wiggling pile of wagging tales and whiney barks.

“This security system is both ferocious and adorable,” Alex sang as she walked into Gabe’s home with the freshly made key he had given her last week. She bent to pet the dogs, greeting them one at a time and asking them how their day was.

“Hey! Welcome home. Uh, did you have a good day at the shop?” Gabe could hear the strangeness of his own voice.

Alex could too. “Yes,” she replied, the word curled around her suspicion. “How was yours?”

Gabe shoved his hands in the pockets of his jeans. He was never good at trying to fake his feelings. That was part of the reason he avoided Alexandria Spencer for years in high school. He could never hide the depth of his adoration for her, even when she returned to Grey’s Harbor after years away. Alexandria Spencer blew back into town and they worked together to rebuild Daisy’s, her ice cream shop, and manage the family farm while her father was ill. It only took a day or so, but his high school crush roared to life with a meaning he couldn’t define. Until now.

Now, when Alex decided to stay in Grey’s Harbor permanently.

When she told Gabe she loved him.

And when he decided to talk to her parents about asking Alex for forever.

Gabe’s fingers brushed the engagement ring he had chosen for Alex after taking into consideration her work at Daisy’s and on the farm. He decided to forgo the ring box when it made an obvious bulge in his pocket. Touching the smooth metal sent wild sparks of energy through him, making Gabe both edgy and elated.

“Always,” she snorted as she followed him down the hall to the kitchen. “Hey, I got a call today from a company who is interested in Daisy’s.”

“That’s almost what it sounds like. They’d like to have a meeting to discuss expanding the product line to grocery stores and other beach locations.”

“Wow. That sounds like an amazing opportunity for the company.”

“It’s just a phone call for now. I don’t want to get my hopes too high.” Gabe saw the glimmer in her eyes and knew she had already envisioned herself cutting the ribbon at every boardwalk with a new Daisy’s location for beachgoers. “But, we could have Daisy’s to Go trucks in every city to support the brick and mortar stores.”
“Well, if they came looking for you, then they must be smart investors.” He could not let the dense rhythm against his sternum sway him from supporting her. Gabe wanted nothing but good things for Alex, but a very small part of him worried that this new life was a dream. The fear that he would wake up alone, and his life a little gray around the edges, was something he tried not to think about, but it haunted him.

“When do they want to meet?” Gabe busied himself with making plates loaded with baked chicken, mashed potatoes, and green beans. It wasn’t fancy, but it kept Alex from having to stand at a counter when she had been working to get the shop ready for spring.

“They will fly me to New York next week.”

“That’s the one,” Alex said as she reached for the plates. “This looks delicious. I am starving. Thanks for making dinner.” She took a bite of chicken and moaned around the savory morsel. “I’ve been trying to make waffles all day. I thought it would be cute to make ice cream cakes for Easter. I designed a rabbit cake but then wanted to give it a little something extra, so I decided to try making the rabbit ears out of waffles. Do you know how hard it is to make rabbit ears from waffles? I had random ears everywhere. I smell like I should be covered in syrup.”

Gabe watched her devour the food, unsure of the right thing to say. He knew offering support for a venture that could catapult Alex’s business into stardom was necessary and well deserved. But Gabe wrestled with the fear that Grey’s Harbor, that he, would never be enough for Alex and her big dreams.

He felt pale. He felt strange. “Uh, I think I’m going to step outside for a minute, okay?”

Alex nodded and Gabe moved for the door, a clammy feeling skating across his skin. He nearly closed the door on PB and Jay, who had dutifully followed him.

Three hours ago, Kim and Mike had given him their blessing to ask Alex to marry him. Gabe had a plan, it wasn’t fancy or elaborate, but it was a future for them.

Alex would always strive for more. She had the Spencer genes that craved the adventurous things in life.

Gabe was grateful he found a way to sustain his life after years of rejection and abandonment from the family members who should have cared for him.

He sat on the wooden porch swing a little too hard, the metal chains jerking under his weight as his mind wrapped around the dread that, in this life, in this small town, he might be holding her back by asking her to say with him.

“Gabe?” Alex’s voice called, calm yet cautious. “Don’t tell me nothing is wrong. Spill it, you’re making me nervous.”

“There’s nothing to be worried about.” He hesitated and a look of open skepticism settled on her face. “Okay.” He inhaled, uncomfortable about his own issues. “It makes me uneasy that you are going back to New York. I know you loved it there. I also know you want good things for Daisy’s.”

“Do you realize this could be a good thing for Spencer Farms too? If I can negotiate a contract that says Daisy’s ice cream is only produced with Spencer Farms milk, the family business will have a lucrative market to pull from. We can push that revenue into Grey’s Harbor and support our community in all the ways we want.”

“I didn’t think about it like that.” Gabe, embarrassed by his own raging fears shook his head. “That’s a wonderful way to think about expanding.”

Gabe leaned back against the swing, running a rough hand over the back of his neck. “Are you sure you want to know?”

“Gabe, if we are doing this, then I need to know. You had no problem having me look at your rear end when one of the cows kicked you last week. If I can witness that, I am sure I will survive this. C’mon, out with it.”

Gabe blew out a breath. “The idea of you going back to New York unsettles me.”

“For a business trip? Gabe, I think it’s going to be two days at most. Shorter if I don’t like their business plan. I know this is still new for us, but…”

“This isn’t a “you” issue, Alex. It is a “me” problem. I have loved you for so long and the life we have started together is beyond anything I could have ever expected. It feels so good –”
“That you’re worried it will go away?”

Gabe’s eyes stayed fixed on the ground as his head nodded in solemn agreement. “It’s ugly and it’s old stuff, but it’s something I still struggle with.” Gabe looked up to face the woman he loved. “I talked to your parents today and after that conversation, I felt good. Hearing that you have this opportunity shook that feeling.”

“Okay, let’s be clear about something: we have an opportunity. This deal seeks to benefit Daisy’s and Spencer Farms. This is our chance to make great things happen. And, why are you talking to my mom and dad about us? Did they say something about me staying at your place?”

“Are they trying to be your friend on social media?”

“I’m not on social media, City. You know that.”

“Did Jay steal Dad’s sandwich again because that’s his own fault for leaving ham lying around.”

“No, none of that.” Gabe stood, pacing a bit before turning back to Alex. The pressure of keeping the secret felt too big to hold. “I talked to them about wanting to marry you.”

The light playfulness that filled the guessing game deflated instantly. “Oh,” she breathed the word before swallowing. “And what did they say?”

“They said you don’t deserve me,” he managed to slide out with a snicker.

“Gabriel Barnes,” Alex laughed then rolled her eyes. “Is that what this is? You’re worried I’ll stay in New York after you’ve made grand plans about us getting married?”
“Maybe,” he said.

Alex walked toward him and wrapped her arms around his waist. Gabe felt a soothing wave of warmth push away his unsettled thoughts and bathe him in comfort.
“I tried to be in New York without you once, Gabe. You know how that turned out. I love you. I’m here with you.”

“Alexandria, no one has ever tangled my heart as much as you. I’m sorry I freaked out.”

“I’m glad you could tell me eventually. Next time, can we try to talk it out before you walk out? I was scared you got in your truck and took the dogs. I was minutes away from writing the next smash country heartbreak ballad.”

“Deal.” Gabe sobered and tucked his finger into his pocket. “This isn’t how I wanted to do this, but since it’s out in the open.” Gabe pulled the rose gold band, glittering with bezel set diamonds from his pocket and held it up for Alex to see.

He watched her exhale, her bright brown eyes lighting with excitement.

“Alexandria Spencer, I have loved you since the first day I met you. Will you do me the honor of loving you for the rest of our lives?”

“Only if you allow me to love you for all of our remaining days and nights.”

“Yes, Gabriel Barnes, I will.”
***
If you enjoyed Single Scoop, check out all the Grey’s Harbor stories on Amazon at https://amzn.to/38cwIpR
© Piper Malone 2/2020
Single Scoop: A Seaside Scoops Extra
All Right Reserved